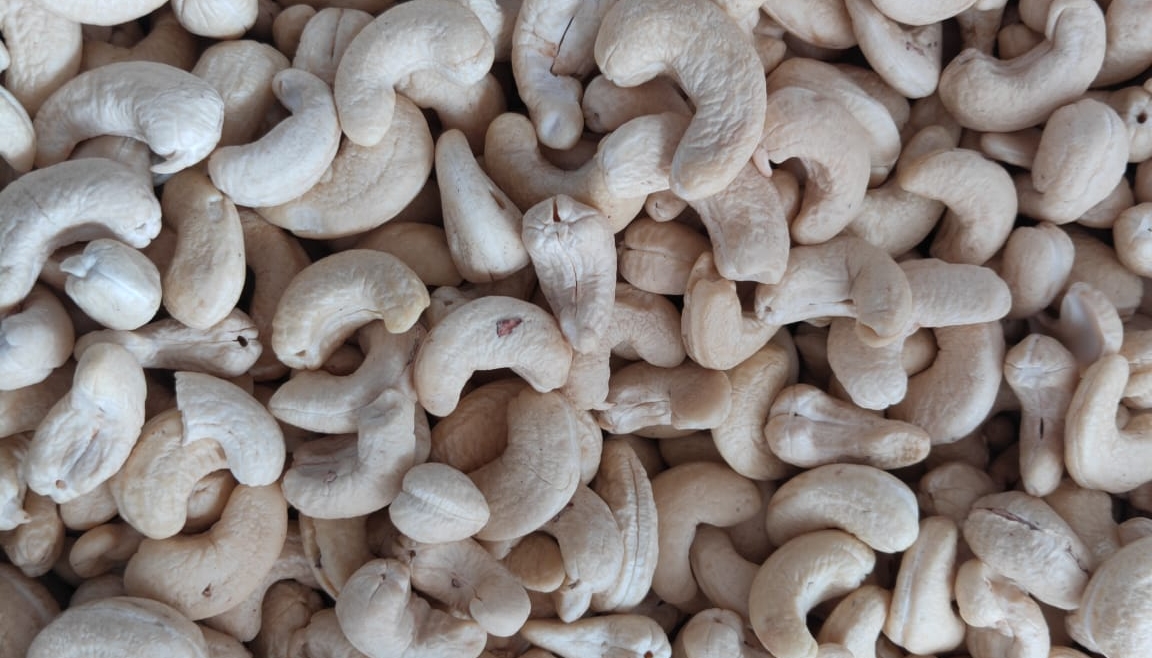 Let’s start with cashew wholes, since these are the most common in store-bought nuts. Below, I’ll explain whole white nut grading and what you can expect from some of the grade levels.

W – 180 are larger in size and can be very expensive. They are considered the King of cashews.
W – 210 are the “Jumbo” nuts. Slightly smaller than the W – 180 nuts they are still quite large and come with a higher price tag.
W – 240 is the mid-grade cashew nut. They generally have a nice appearance, slightly smaller size, and are reasonably priced.
W – 320 are the most abundant cashew nuts.
W – 450 are the least expensive cashew nuts. They are the smallest and their low price makes them very popular.

I must explain to you how all this works

Cashew nuts come from the cashew tree, which is a tropical evergreen. This tree produces a cashew apple that’s totally edible but not very shelf stable. The cashew nuts you’re used to seeing in stores are the seeds of those apples.

Cashew shells are just as useful as the nuts and the fruit themselves. They can be used in waterproofing and lubricants for example. No part of the cashew is wasted, which is great for the environment!

or you can login using your favorite social profile!